The origins of Faith Presbyterian Christian Reformed Church in Guam date back to the 1950s, when military personnel from the Protestant Reformed Church worshiped together at the Navy Chapel. Filipino contract workers assisting with Guam’s postwar reconstruction eventually joined this group. These earliest members of the church focused their ministry on an area called Camp Busanda, which was a government-operated facility that housed contract workers. Today, that area is known as Camp Covington.

A serviceman and elder in the Orthodox Presbyterian Church by the name of John Reynolds led the first Bible study classes in a Quonset hut at the camp. As interest in the church grew, Navy Chaplain Lynn Wade granted Reynolds permission to hold regular Sunday worship services. Eventually, the church would come to be known as Camp Busanda Christian Church, with Reynolds serving as its first pastor.

The church continued its expansion, attracting both military and civilian followers. A group of civilian families who belonged to the Protestant Reformed Church in Grand Rapids, Michigan, would provide the next step in the church’s development. These families successfully contacted their home church in Michigan about adopting the Guam church as a missionary project, as the church was then operating independently from the military.

In 1962, Mr. and Mrs. Jay Poel arrived in Guam to manage the church’s bookstore and assist with evangelization. They would eventually succeed Rev. Hofman as leaders of the Guam mission. By 1964, the chapel became known as the Faith Christian Reformed Church and attendance at weekly services included statesiders, Filipinos and Micronesians studying in Guam. Rev. Dykema would be appointed missionary pastor in 1965, while the Poels turned their attention to the growing bookstore ministry. In 1966, a new chapel was constructed along Marine Drive in East Agana, adjacent to the Faith Bookstore.

The following decade witnessed more changes for the church. In 1973, Faith Church invited the Rev. David Hwan Jo of Korea to begin a ministry among Koreans living on the island. The Korean ministry eventually grew into a separate church. Furthermore, in 1979, the church established a Daily Vacation Bible School to expand the work done with the Micronesian student ministry.

In 1983, Neil Culbertson and his wife Janie Lou arrived on the island to oversee the Guam mission, and remained at the helm of the Faith Presbyterian Christian Reformed Church until July 2010. Pastor Neil Culbertson has guided the church’s relocation and building construction in Chalan Pago, which was dedicated in 2003. He also helped in founding a day-care and preschool ministry called the Little Lambs Preschool that opened in 2006 until closing in 2014. Pastor Neil also received a vision from our Lord to send out members to begin the first Chinese church (located in Barrigada) on Guam. There are currently three or four now which have their beginnings from the small house group from Faith Church that met in Tamuning, Guam (led by Elder Doug Harvey, Wen and Maggie Chen, Michael and Vivian Lin, Rev. Eddie and Ruby Chen, Hunter and Jean Tsui, and Aaron and Eugenia Chen).

Pastor Hendrik DeVries and wife Judy (Michigan) have always been with Faith Church. In the late 90s to early 2000s, they quarterbacked the expansion of Faith Bookstore to two locations (One in Hagatna and a second in Dededo”s Compadres Mall). This was a very successful Christian ministry as Faith Bookstore (a Christian bookstore) was at the time the only commercial bookstore for the entire island. Their success spawned competition such as the now popular Bestseller Bookstores. Pastor Henry and Judy visit and often fill in at the pulpit. Many pastors have served with great distinction at Faith Church: Rev. Eric Sorenson & wife Karyn, the late Dr. Rev. Dave Owen & wife Joyce and his son, Michael and his family, Rev. Verlan Van Ee & wife Rebecca, Rev. Steven Stinnette & wife Anne, and our own Reverends Dr. Bill Wood and Crystal, Rev. Jeff Nelson, Rev. Howard Merell and wife Kathy, the late Elder Betwin Alokoa and wife Merleen, Rev. Wilbur James & family, and Rev. John Tomada & wife Lisa. 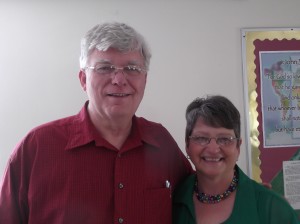